I know this report is way overdue, but life has been crazy lately. With spring break, work, and my son Will's graduation coming up, it has been intense. I know, excuses, excuses. Oh well, what are you supposed to do?

A week ago last Saturday on March 13th, I had the privilege of running in the Runnersworld St. Patrick's day 5K benefiting the Special Olympics and the Tulsa Running Club. I do a few 5K's each year and this is one of my favorites. First off it it put on by Runnersworld, the best running store in Tulsa by good friends Brian & Kathy Hoover. Second, it kind of ushers in the spring racing season, and it benefits some great non-profit groups. I had the privilege this year of being on the race committee and was involved with of the planning behind the scenes. Plus, my youngest son has been bugging to me run the race and one of my team members at work was in the Couch to5K program and this was his first 5K to run. So, why not not see what speed I had left in my legs. 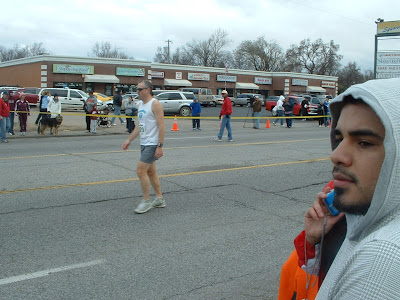 Here I am at the initial rooster strutting phase before the race. This where all the studs warm up and then sprint initially back and forth to show off our stuff to the fellow roosters. Quite the male ego challenge.

I had no idea what kind of time I was able to do. I had done some tempo runs earlier in the week and felt like I was dying. I wanted to make sure and get under 20, but I knew that the speed was not there after the 50 miler at Rocky Raccoon in February. 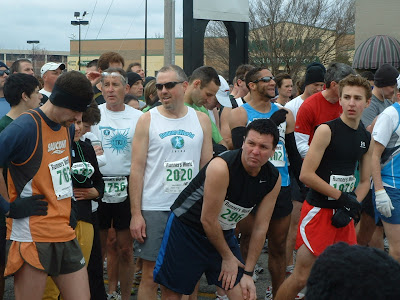 Here we are at the start. The guy on the left in orange won the race. I was talking with my swim coach, Duncan Wise, who was asking me if I had been swimming. Oops. 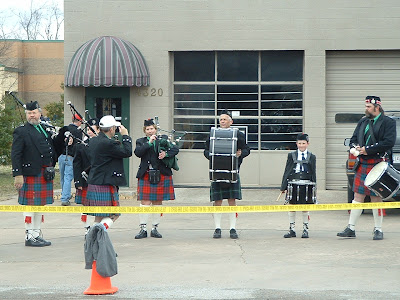 I am not for what Scottish kilts have to do with St. Patrick's day, but hey, I like them. There is something very spiritual about them. 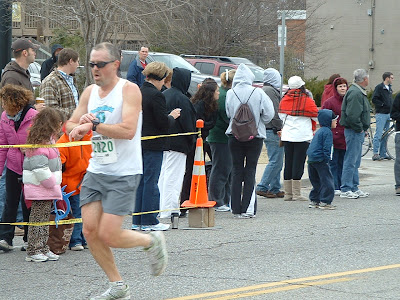 The race started and I took off at my normal "too fast to maintain" pace and headed up Peoria. I felt pretty good through the first K, but in between here and the 2K, I knew it was not my day. As we headed up the little incline to the turnaround, I thought for sure that my day was just going to get slower. At the turnaround, I was able to see who was behind me and saw some runners that would be coming for me. All I had left was to hopefully maintain and not lose much ground. I was able to maintain about a 6:20 pace and once I got to about the 4K mark, I got passed by a fellow TRC board member, which made me mad, but there was nothing I could do about it. I held on and managed a 19:43, which is still good, but not where I wanted to be. 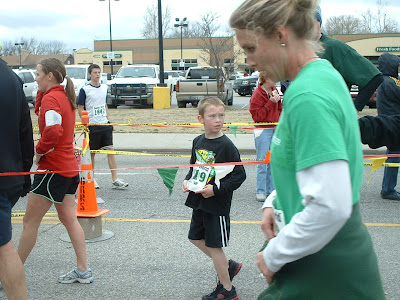 Wyatt ran a very good race and set a PR of 26:11. Not bad for an eight year old. Believe it or not, he got 4th in his age group and no award. Tough age group. 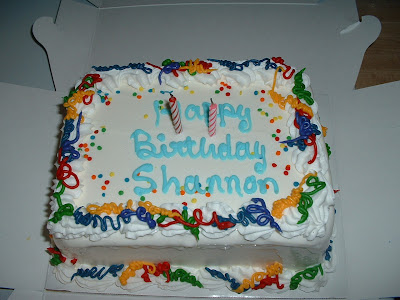 After all was said and done, it was time to celebrate my daughter Shannon's 11th birthday. Nothing is better on a birthday than an ice cream cake. 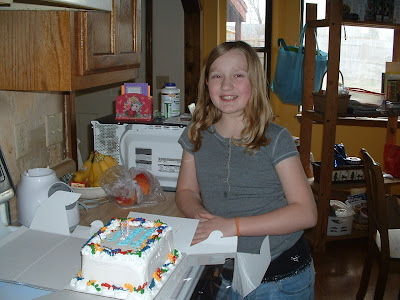 I am so very proud of her and it is very hard to believe that she is 11 and starting to grow up. Where has all the time gone. I hope you had a great birthday. Daddy loves you!
Posted by tomdog at 11:10 AM 1 comment:

I spent the last weekend helping keep the aid stations stocked and set up for the TRC Post Oak trail run. Julie and the kids helped out both days at the aid stations and made sure that everyone running was taken care of. This was not an easy task and after all this, everyone was pretty whooped. Here some of the scenes. 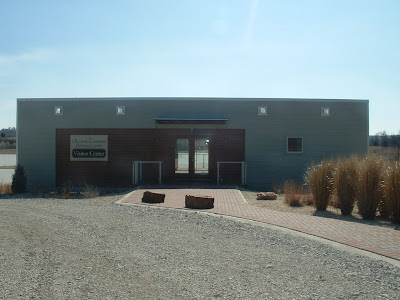 Oklahoma Botanical Gardens, where we had one of the aid stations. 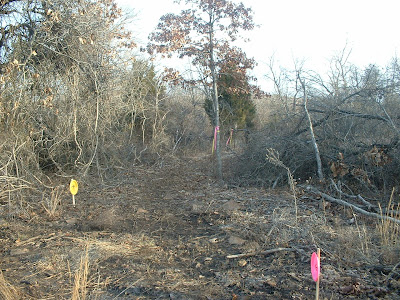 Part of the trail around Flatrock aid station. 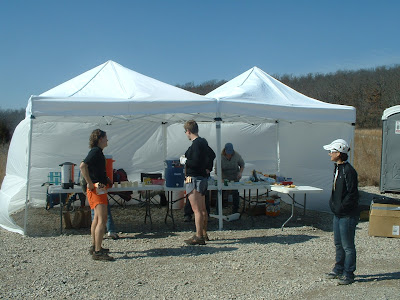 Curtis and Kristi at the Botanical Gardens aid station on Saturday during the Marathon. 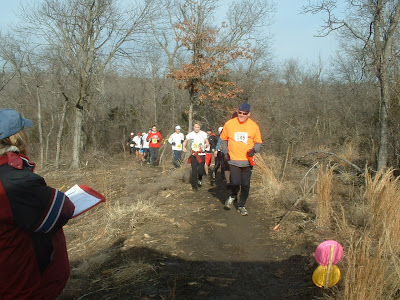 Runners coming up the trail on Sunday to the Flatrock aid station. 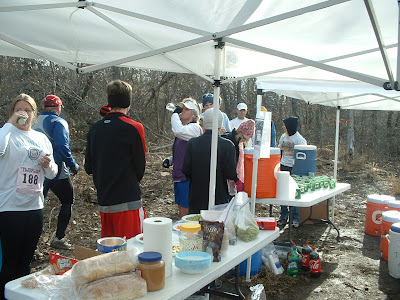 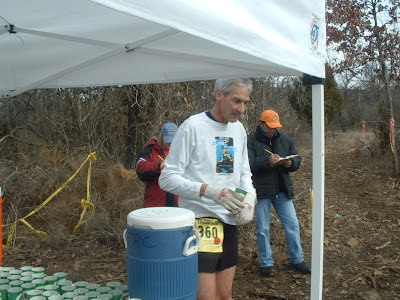 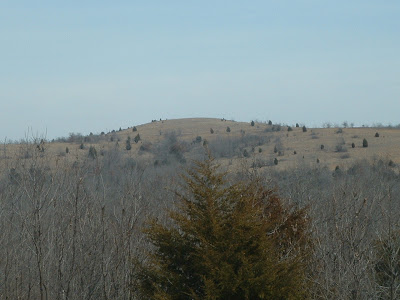 If you look real close, you can see white specks or runners, heading up Holmes peak. 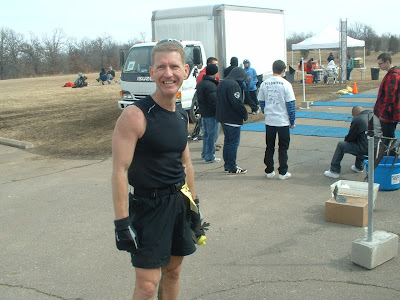 Good friend and great runner Mike Adams after he finished up on Sunday after two days of running. 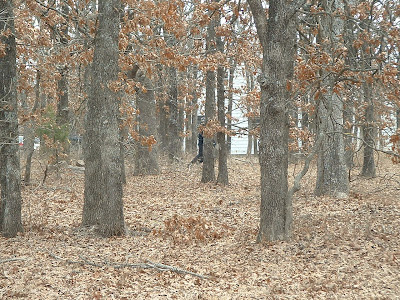 On Sunday, I think that I spotted Bigfoot. I could make millions in the tabloids with this. 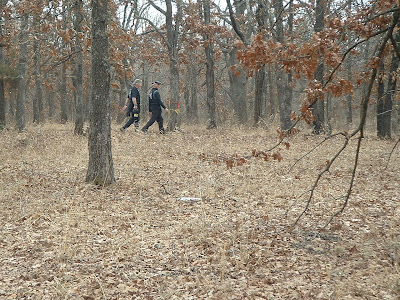 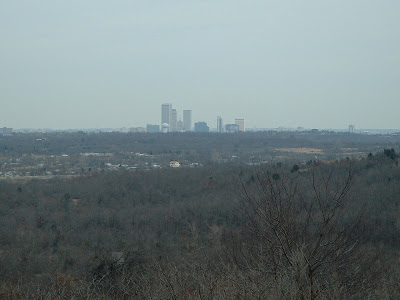 Great view of downtown Tulsa. Such a beautiful place.
Posted by tomdog at 10:05 AM 1 comment: