Over the 4th of July weekend, we had to head back to Illinois to pick up the kids as they had spent the last two weeks at Grandpa's. We were not looking forward to the 500 mile trip, but at least we would get away for awhile. The problem with going back home is that their is nothing there. Everything is getting smaller and it is really a sad state of affairs for the people who continue to live in the poverty that is all around. The positive side is that if you want to get away and not be bothered, this is the place to go. Good luck on finding a job though. 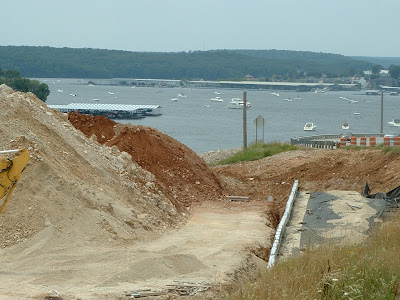 We always stop about halfway and grab lunch at Panera in Osage Beach, MO. They have been working on this bypass for a long time and it will be nice once it is completed. It takes so long to get through town with all the narrow streets and the lake traffic. You can see all the boats were in full force on the lake.

We made it back home on Saturday about 5 pm. I had signed up for a race in East Moline, IL on Sunday, called the Genesis Firecracker Run. They were having a 5K & 10K. The 5K was billed as flat and fast and the 10K was hilly and challenging. That would be an understatement. How bad could it be, Illinois is one of the flattest States there is at elevation zero. I always forget how hilly it is around the Mississippi river and that is where the race takes place. Of course I signed up for the 10K.

I had to get up at 4 AM to leave at 5 AM to drive the 1.5 hrs to the race that starts at 7:30 AM. The Misses was not thrilled about this, but hey, experience life! The alarm went off and we loaded up and headed out. I always have to remember to have everything ready the night before, because if you plan on stopping somewhere that early in the morning, good luck. Nothing opens until 6 AM. We managed to make our way into East Moline and went by the Quad City Western Illinois Campus, which is my Alumnus, but only at the main campus. We drove down a huge hill and I said, "I bet we have to run up this hill." Oh, so right.

Packet pick up was in a storefront and they had all the race numbers posted on a sheet in the window and you had know your number before you went in as that is how you picked up your packet. That was different. I grabbed my stuff and headed back to the Jeep and Julie was already asleep by the time we got back. Slacker.

I went out for warm ups as usual and headed back towards the start. I usually just go straight across the start and grab a spot up front. No can do. The start line was guarded by volunteers and barricades. I had to go around and I found a barricade that I slid around to get as close as possible. Everybody was crowded in, sweating , and it was humid. Some local girl sang the National Anthem and they said go and fired the cannon and we were off. 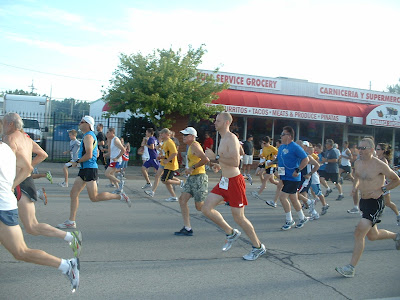 I don't know how many people were in this race, I think about 3,000, but it was ridiculous at the start. A lot of slower runners were up front and I had to almost stop several times before I could get out in the open. I passed a lot of people at this point. It was a straight shot down the street until we turned left at the East Moline sign and headed back on another flat section. At 1.5 miles, you heard, "5K keep straight, 10K up the hill." We headed straight up this hill that was just as steep as Lipbuster, but a little longer. The times started to slow. We got back on the flat section, but we had several more rollers and smaller hills. My time was starting to drop as I went through the first mile in a slower 6:19, but after the big hill I was really struggling. I went through the first 5K in 21 something. I knew my chances at medaling were slipping away, but I didn't care and just wanted to finish. I really wished I had signed up for the 5K. At about mile 5, all splits in Illinois are in miles, we had another smaller, but steep hill. Cruel punishment. This was followed by a massive downhill to where I got passed a lot. I was trying to keep the brakes on, but others were really flying past me. We took a right and met up with the 5K'ers and headed for home after two more left turns. I made it across the line in 42:29, one of my slowest 10K's in a long time. 4th in age group and 34th overall. 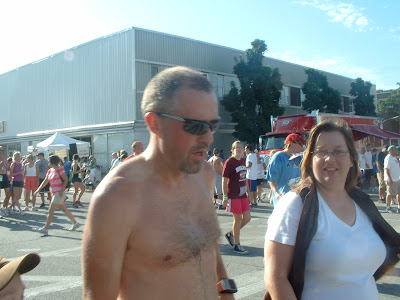 My only defence is that it was extremely hilly, humid, and I have not raced in awhile. The race was pretty cool, but I once heard Bobby Bomer say, that you never really appreciate the quality of races we have here in Tulsa, until you do some out of State. The race directors did the best they could, but it could have been organized a little better. The awards took way too long in the heat. They made the trophies for all the different placements, when they should have had a standard trophy for all placements. They jumped back and forth from 5K to 10K to one mile and it took forever.

They also ran out of water, which is not good on such a hot day, the free Pepsi was a nice touch. The benches to sit down were also nice. Since it was Illinois, they had a stage set up on a hay wagon for the awards. Nice touch. Overall thy did a good job, but there is always room for improvement. We really have it good here in Tulsa. 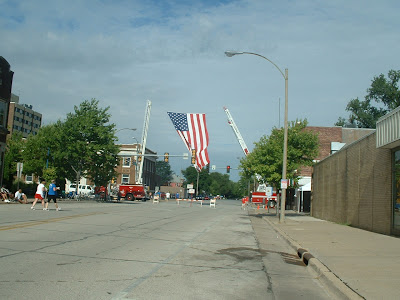 One neat thing was that we ran down the street under this massive flag for the Fourth. Nice touch! 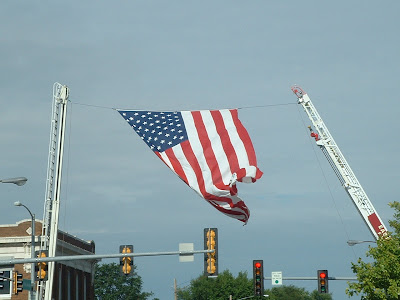 It was absolutely huge and really cool. 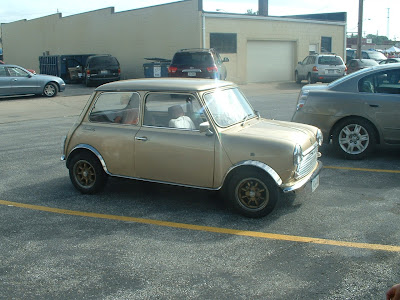 I had to snap a picture of this old Mini Cooper. I do not know hold old it was, but it was really awesome. 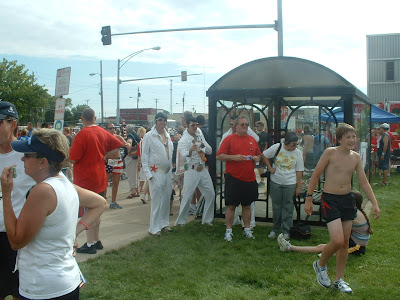 Nothing makes a great race like Elvis or multiple Elvis's. 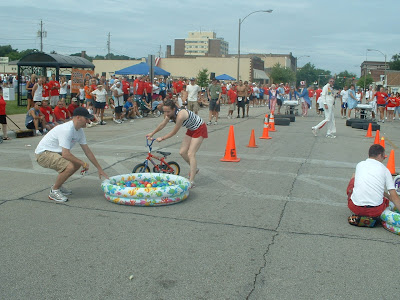 They also had hospital bed races. The had one person on the bed being pushed by 2 people on each side. They ran up the street, did a U turn and then headed back. The person on the bed had to ride a tricycle through the cones, put on a hospital gown, ride back, and then get back on the bed for one more lap. 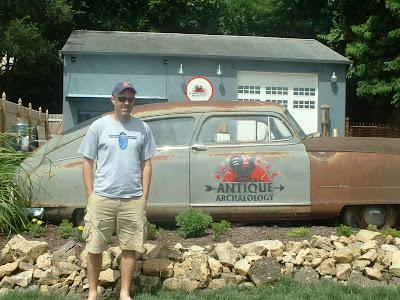 After everything was done, I headed across the river into Iowa and checked out Antique Archaeology. They are the people behind American Pickers on Monday nights on the History Channel. This is one of my favorite shows as I like to do some collecting myself. I knew they were closed on Sunday's but at least I got to see it. 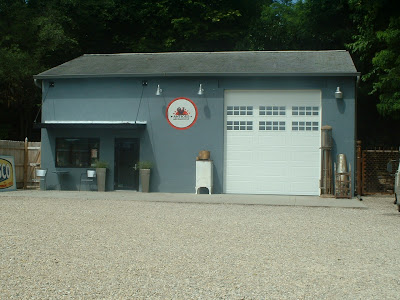 This is there actual shop to where they film. I was honored to be there.

I was glad that we got up early to experience the race, but a little disappointed to not place. That happens. This was a huge race that I think the race directors were not prepared to handle. They announced that they had a 1,000 more people this year than last. There were a lot of people, but I am glad I experienced it. The race results can be found here.

Posted by tomdog at 2:02 PM No comments: