Where Do I Start?

It's been about 2 months since I have blogged and a lot has went on. First off, I changed jobs and that adjustment has really taken up a lot of my time. I am still working for the same bank, but just in a new capacity. I have went from the night shift to day shift and it has really thrown my schedule off. Getting up at 5 AM to run really stinks. I am used to having my mornings free after getting the kids on the bus. Now I have fit it in where I can. This is after 6 years of working nights that I have to re-adjust. At least I am able to see my kids at night during the week. There is always a positive side to everything.

Since I have last blogged, I have done several races. 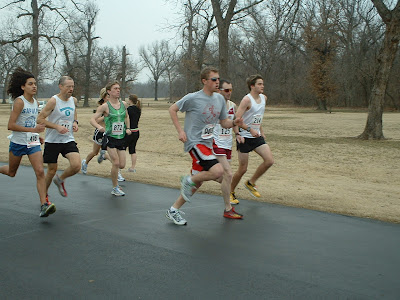 In Feb., I did the Sweetheart double run at Mohawk Park. I ran the 5K and then about 40 mins later, ran the 10K. I wanted to race the 5K hard and make the 10K a nice tempo run, but I know once they fire the gun, that all changes. Here I am running with the Kenyans. Not really. 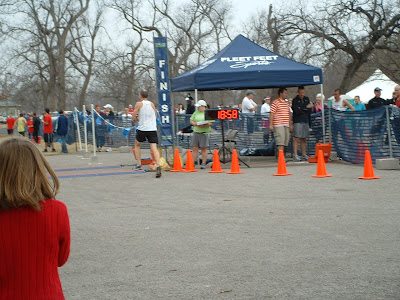 My plan was to try and break 19 minutes in the 5K. As you can see, I barely made it, 18:58. That was the first time I have ever been under 19 minutes. It was an awesome feeling, but I couldn't rest too long as I had to get ready for the 10K. I took off in the 10K at a nice tempo pace and held on to it to finish in 6th place overall. Not bad for after running the 5K. The results can be found here. Next up was the Post Oak 25K Trail run. I was on the committee for this race last year and was volunteering both days to help keep the aid stations stocked and was unable to run it. This year it was a really cold day with a low level mist raining on us all day. I took off too hard at the first and was in 2nd place for the first 5 or 6 miles. A couple of guys came up behind me and I settled in with them for several miles. After stopping at a couple aid stations, they dropped me and I ended up in 5th place overall. I was pretty happy with my time as it is a really hard course and challenges you throughout. 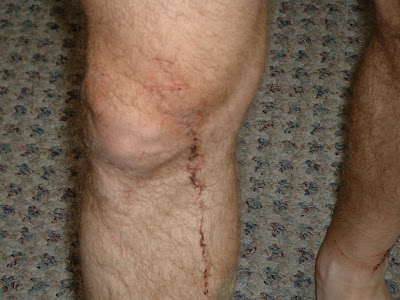 One of the challenges of the course is that if you get off the trail, you will pay for it. Towards the end of the race, I caught up to some slower 10K runners and had to go off course to get around them and this is what happens. This is part of trail running whether you like or not. Overall it was a great race. The results can be found here. 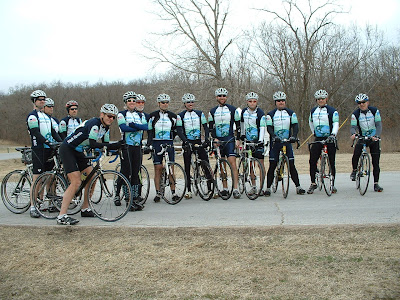 Next up I did the St. Patrick's Day 5k, but I have no pictures. This one of my favorite races put on by the best running store in Tulsa, Runnersworld. I am fortunate to be on their race team and was glad to be a part of it. This race benefits the Special Olympics and kind of kicks off the Spring racing season. I ran a really good race and set a new PR, 18:45. Can I get closer to 18? Hmmm. Not bad for an old guy. The results can be found here.

The next day I did the Tall Chief Cove Road Race in Skiatook. Not a running race, but cycling. Cycling is a totally different animal and I have experimented a little with it in the past. This was a very hilly course, but I thought I would try it. I am not the lightest guy and I pay for it on the hills.

As we lined up for the start, one of the race officials walks over and says that one of my teammates has his number pinned on wrong and I need to fix it. No problem, I start to fix it and they start telling everyone to line up. What? I just get the last pin in and they start the race. The peloton ends up taking off up the hill before I can even get going. I end up behind the truck and trying to play catch up. I pass a few people on the hill, but the main group is already turning towards the downhill and my race is over before it starts. Once you get out of the draft on a cycling race, it very hard to get back in. A common phrase talks about getting spit out of the back and that is just what happened to me. Needless to say, I was not happy and headed home as soon as the race was over. 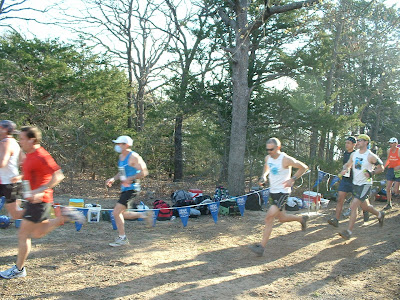 Next up was the Lake McMurtry 25K trail run over by Stillwater. I have done this race at least 5 times and look forward to it every year. It is put on by TATUR and is a great time to enjoy the woods and meet up with old friends. 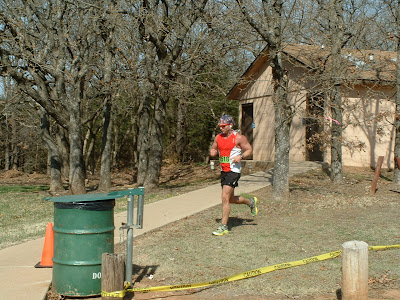 Here is good friend Aaron Ochoa coming in to the finish. Aaron was going to try and run the first loop with me, but once we got to the gravel road, I left him behind. He is a great runner, but he went out too fast on top of his injury. 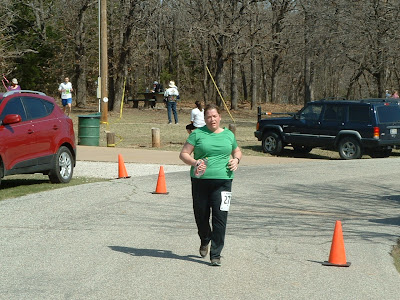 All the years we have gone to Lake McMurtry, Julie has never ran the race. She signed up for the 12K with the goal of not finishing last and she smoked that easily. Great job! 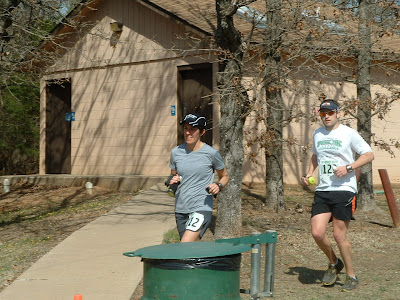 I have been fortunate enough to be a part of the Owasso tri club and several of the members came over and ran the race. Here is Sharon James and John Stanfield coming in for the finish. 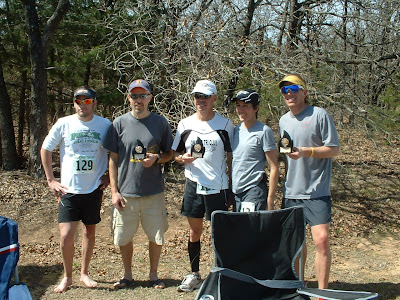 My overall race went well other than a face plant, getting lost, and cramping a bit after the first loop. My goal was to break 2 hrs., but I managed a 2:01:02. This was good enough for 3rd overall and entitled me to a cool trophy. After the race, it was time to relax, eat, and talk about the day. What a beautiful day and race. Results can be found here.

Next up is the Spring Fever Tri in Claremore tomorrow. 400m pool swim, 12 mile bike, and 2 mile run. I am going to try and get under 1 hr, but I think the swim will decide that. I am not the fastest swimmer, but I can get through it. If this goes well, then I will decide what races to do next. Hopefully, I will do better at blogging after this race.
Posted by tomdog at 4:24 PM 3 comments: